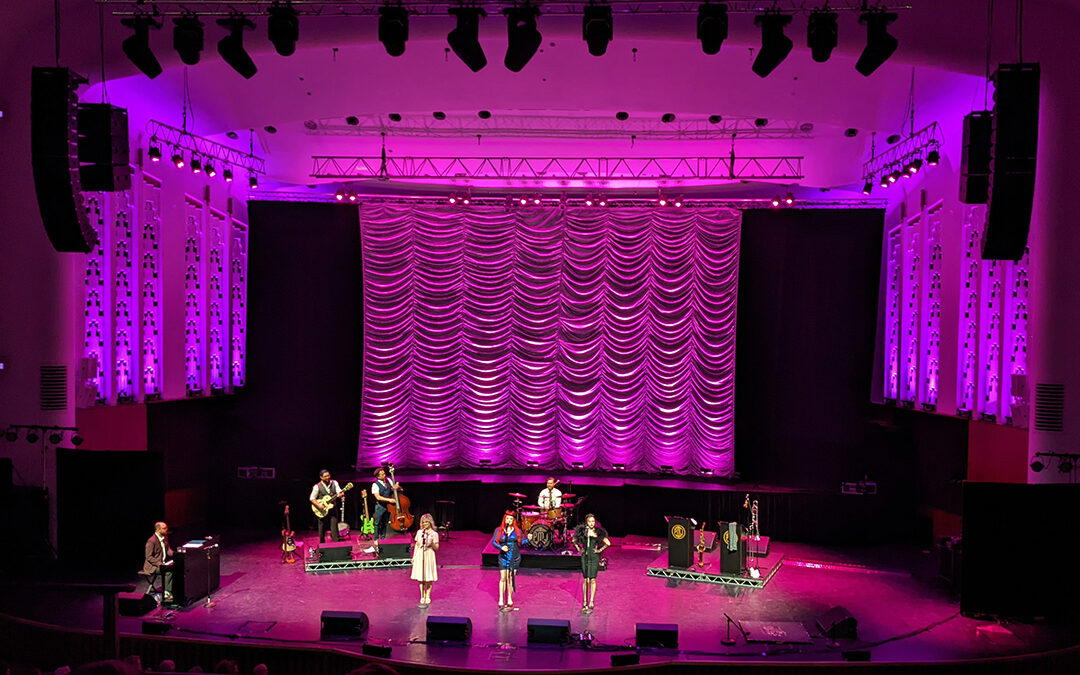 Why can it sound so awful?

As a fan of Postmodern Jukebox, I was looking forward to seeing them in the Liverpool Philharmonic after their show was cancelled last year due to COVID. I had previously seen them at the Liverpool O2 Academy on their last visit, which is a stand-up venue with limited views but nonetheless enjoyable. So buying the best seat in the dress circle where I could sit back with my wife and friends to see and listen to the show was a must. However, all was not well as soon as they came on stage with their opening number; my heart sank as the sound was awful. You could not hear anything from a completely overloaded PA, vocal screeching and no definition of the instruments and painfully loud. It was horrible and depressing.

So what had gone wrong?

The sound system in the philharmonic was installed by Adlib Audio Limited and consists of a Coda Viray line array speaker system with a Soundcraft Vi3000 desk. at the front end. Sounds good and in fact, I have been to several concerts there where it did. Holy Holy Tony Visconti’s Bowie show with Glenn Gregory was excellent, as are concerts in the smaller music room at the rear. The problem is, in my opinion, the Coda Line Array and the way the sound engineer hears the sound way off-axis. 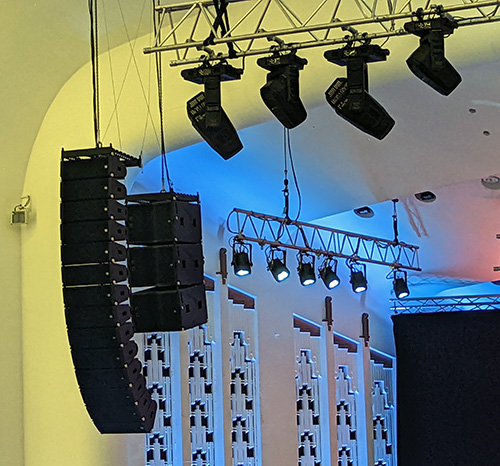 The theory of a line array speaker is that the sound level can be increased by having multiple units stacked up one above the other. At a distance, the sound from each speaker arrives at the listener’s ears at the same time and all sounds well; however, if you are off-axis, the sound from each speaker will arrive after a short delay. However, the speed of sound is 331.29 meters (1,086.9 feet) per second which means at the wavelength of  1000 Hz the half-wavelength is 0.171m or (6.67 inches), which means that that frequency will be cancelled out! So Line Arrays only deliver a clean sound when they are in a vertical drop and the audience is in the same plane. As you can see in the photos, the line-up of the array would work for those in the dress circle but is a disaster for those seated in the stalls. Sitting at the back of the stalls is the mixing desk where the engineer is going to try to balance the sound on what he or she hears, which will be like listening through a comb filter. A feature of a line array is that the sound is concentrated in the forward plane by the cancellation of off-axis sound so if the sound level is turned up for those sitting in the stalls it blasts the ears of those seated in the circle and it did. 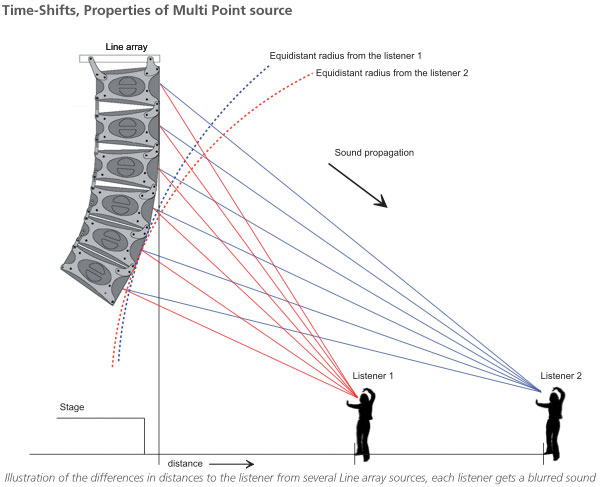 During the interval, I managed to speak with Sam the Postmodern Sound engineer pointing out the Line Array issues and was very pleased that during the second set he turned the sound level down which stopped the screeching and allowed for definition in the instruments. But it would have been better if it had been checked in the rehearsal.

Notwithstanding turning the sound level down helped it doesen’t not get away from the problem of line arrays in concert venues. Yes, they deliver the decibels but they a not good for the audio quality when the sound mixing desk is so far off-axis. Maybe the sound desk should be moved to the circle to be in the mid-field of the speakers and where 2/3 of the audience sits. Tucked away at the back of the stalls under the dress circle is not the best place for the sound engineer to sit. 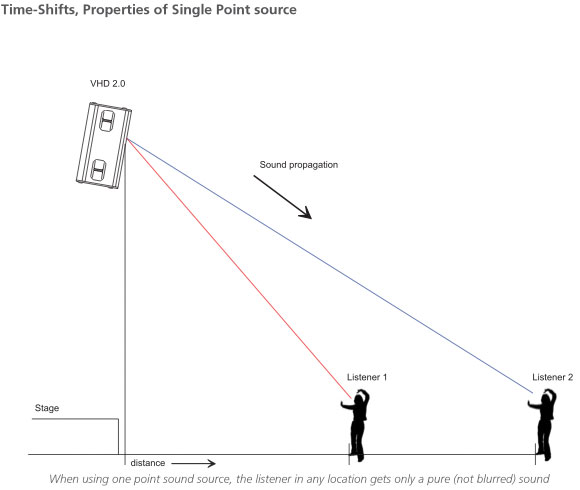 I have borrowed the illustrations above from KV2 Audi

Have a look at this video if you want some deeper insight into the issues.